The evolution of coaching and mentoring within organisations: Part 2 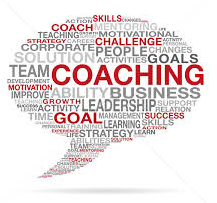 The evolution of coaching and mentoring within organisations:  Part 2

In terms of mentoring within organisations certain relationships include a written agreement or contract that specifies the role of mentor and mentee and outlines the mentee’s learning objectives.  Once these objectives have been fulfilled, the relationship may be terminated unless a new contractual relationship is entered into.  If either party is dissatisfied with the other, the agreement can be voided and the parties may form other mentoring relationships.

While questions have been raised around formal programmes,  in contest of violating a key mentoring principle, that is, self-selection; arguing that few formal programmes have been successful.  Increasingly, such relationships form the basis of programmes that extend beyond their initial purpose of individual excellence.  Since participation in the process has grown substantially, where it comes to mentoring within organisations most are now using it in a number of ways including:

While in the past mentors chose protégés who looked, thought and acted as they did, new organisational initiatives are designed to assist members of select groups to rise in the organisation.  The mentor’s purpose is to assist women or members of certain other groups in upgrading their leadership skills and political savvy to enable them to move into managerial positions.

Here the purpose is to encourage rapid development of company and product knowledge as well as job skills.  The loss of all of these skills is possible when a long-term employee or manager leaves the organisation in order to retire or join another company.  The worth of such knowledge became evident after companies downsized in the 1980s and early 1990s when they realised that the layoffs had resulted in significant losses in organisational memory and know-how.  Organisations with structured programmes anticipate a smoother transition following heavy staff cuts due to the economic downturn during that time.

Interestingly, coaching relationships established for the purpose of sharing skills and knowledge have undergone a twist since technological growth has become critical to a company’s competitive advantage.  In these circumstances, rather than older, more experienced managers coaching younger employees, the reverse is now taking place.  In certain organisations young technicians are spending time with more senior managers and executives in order to make such individuals more comfortable with technology.

In the past, mentoring within organisations saw young protégés as empty vessels waiting to be filled by their more experienced seniors.  There was no consideration or awareness that mentees possessed the knowledge that would benefit either the mentor or the organisation at large.  However, this is no longer the case.   The emphasis on employee participation, empowerment and team decision making has put an end to this notion.  Since not only do those being mentored seek to voice their opinions, they also request the right to do so.  Hence, organisations are training more junior employees to ensure that they participate as proactive partners in the process of departmental and organisational problem solving.

It has been found that mentoring is an effective way of bringing employees together in order to share good feelings about their work and the workplace in general.   Past tendencies to hoard knowledge, skills and know-how disappears as helping another via mentoring builds goodwill and even results in friendship.  For this reason, many organisations encourage managers to take on more than one mentee and mentees to enlist more than one mentor.  Many organisations also believe that over time mentoring can create numerous productive relationships and hence improve the quality of life in the workplace in general.

Mentoring through the ages

Stone Age: Young cave dwellers learn from their elders the techniques of how to

Ancient Greece: Young men are tutored by older males in life values – a relationship described by Homer in The Odyssey and lived by Plato and Socrates.

Middle Ages: The rise of apprenticeships and later guilds where talented young men learn from skilled artisans. These same relationships exist in the practice of medicine and religion and later in law.

Early 1900s: Beginning of psychotherapy that provides psychological theories of adult development that serve as half of the foundation of coaching as  means of adult development and growth, with Sigmund Freud’s interpretation of personal life, Alfred Adler’s growth model, Carl Jung’s belief in rites of passage, and Erik Erikson’s turning points.

Late 1980s: Renewed interest in mentoring from brain drain due to waves of downsizing and early retirements triggered by economic downturns.

Click here to enrol on a coaching training programme: https://boti.co.za/book-now/

Click here to read more about coaching and mentoring: https://hbr.org/2015/05/4-reasons-managers-should-spend-more-time-on-coaching