HOW READY ARE YOU FOR THE 4TH INDUSTRIAL REVOLUTION?

May the 4th Industrial Revolution be with you – Part 1

This is the first in a series of articles that explore the impact of the 4th Industrial Revolution on modern society.  To understand this phenomenon requires that we think beyond the concept of digital and take a closer look at how the digital space impacts the human space.

In the past 150 years technology has grown exponentially and now that we are literally catching up with ourselves so that we can effectively operate in a world where we have become increasingly reliant on machines not only for comfort, but for survival, it is time to stand still and contemplate what that means for us when it comes to earning a living.

In 1984, did the directors of the movie Terminator have a premonition of the future?

“The Terminator” is a science fiction film that was released in 1984, directed by James Cameron and starring renowned actor turned politician Arnold Schwarzenegger. 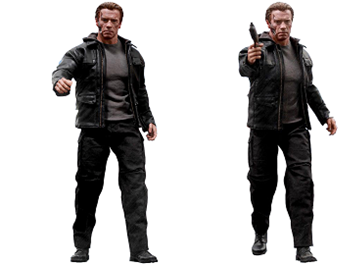 4IR is about more than just the rise of the machines

Lessons from the future brought to life in Hollywood – is the future made on the stage?

Schwarzenegger plays the role of a cyborg assassin sent back in time from the year 2029 to 1984 to kill Sarah Connor whose son John Connor would one day lead the rebellion against machines in a post-apocalyptic future.   Yes, you read right, the cyborg assassin was sent back from the year 2029, which is only 10 years from now.  John’s father, Kyle Rees, was sent back in time to protect Sarah and safeguard the upcoming birth of his son which would ultimately result in saving humanity from extinction by machines.

Undoubtedly, scenes from a science fiction movie such as The Terminator characterise the darker side of what we have come to know as the 4th Industrial Revolution, which involves the fusion of technologies that is responsible for blurring the lines between physical, digital and biological spheres and collectively known as cyber-physical systems.  Ultimately, what comes across in this film are scenes of a world run by machines who want nothing more than to eradicate humanity and run the world themselves.

The fact of the matter is that whether we like it or not, today, we are controlled by machines.  Not to say that they are about to turn the tables and kill off the human race, but, without them it is very difficult, if not near to nigh impossible, for us to survive the demands and challenges of the modern era

What does the 4th Industrial Revolution involve?

The 4th Industrial Revolution has a broad signature across many different fields with technology breakthroughs in numerous disciplines including:

The 4th Industrial Revolution is different from the previous three eras in that instead of being marked by technological advances, it is concerned rather with advances in communication and connectivity.  Such technologies hold the potential to further connect billions more people to the web and significantly enhance business and organizational efficiencies as well as helping to regenerate the environment using improved asset management techniques.

Build up to the 4th Industrial Revolution

The digital revolution began during the 1980s and the birth of its ‘children’, the personal computer, the Internet and information and communications technology was therefore responsible for the advancement of technology in terms of moving from analogue electronic and mechanical devices to what we have today.

Recap on the first two stages of Industrial Revolution

Read and write versus tap and swipe

A world run by machines means that we need to work hand in glove with these machines.  Nowadays, the launch pad for education and training in the modern world starts off with children in their first year of schooling using a tablet instead of a pencil and paper to learn to read and write.  Today, children first learn to tap and swipe on the tablet before they learn to read and write.  We have accepted this although we may not be able to relate to how children these days even have their own digital footprint by the age of two!  This poses even further challenges for us in that before we know it, our children will have mastered the world without us being involved since everything they learn at school takes place in a digital environment.

Skill up for the 4th Industrial Revolution

So, how do we skill up for the 4th Industrial Revolution to meet our needs and the needs of the world at large in a machine-run world?  It is simple enough to grasp that what we ultimately need to bear in mind is that technology training, computer skills training and anything involving understanding how digitisation affects our daily lives will do the trick, at least for now.  The next article in this series deals with the impact of training humans in a world run by machines.  Not to be missed!

At Business Optimization Training Institute we are abreast of the times and we pride ourselves in being able to provide you with appropriate technology and computer skills training courses to meet the needs of the 4th Industrial Revolution.  Tap and swipe, read or write, we’ve got them covered.