This is the third in a series of articles that explore the impact of the 4th Industrial Revolution on how we are living our lives today and what we can do to ready ourselves for the workplace of the future.

According to the World Economic Forum (WEF) The Future of Jobs Report 2018, the 4th Industrial Revolution, with its associated shifting technologies, is set to usher in major waves of change affecting both the way we live and the way we work.   Marked by such disruptive trends and technologies as robotics, 3-D Printing, virtual reality (VR), genetics and biotechnology, the Internet of Things (IOT) and artificial intelligence (AI), the 4th Industrial Revolution is taking us into a new era with brand new frontiers.  So, how do we ensure that we more than just adequately pave the way as to how we skill up for the workplace of the future?

Our case study for the purposes of this article involves South Africa’s largest bank, Standard Bank, which began its operations in Port Elizabeth in 1862 to provide banking services to the wool traders.  Now, 156 years on, after having gone full circle, and with the largest banking footprint on the African continent, this month it has become the first major South African bank to announce a massive shrinking of its branch network as a result of shifts in technology in that it is set to close the doors on 104 of its branches. 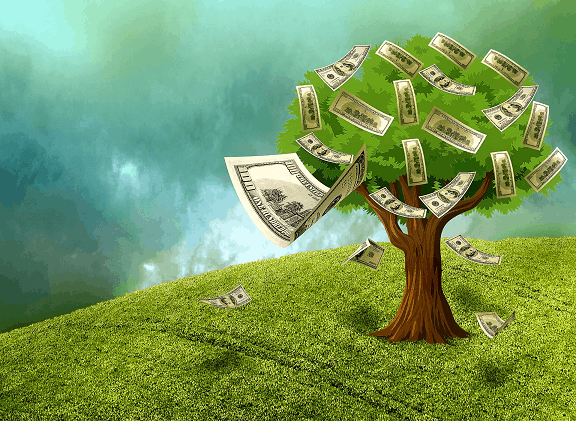 Branch closures, a matter of TYME

Retracting its branch network is in line with a view to adapting the bank’s service offering to remain relevant to its customers with the rise of new digital banking alternatives such as Post Bank, Discovery Bank and Tyme Digital Bank.

Closing 104 branches also means that 1200 employees will lose their jobs.  But, what does the future of work look like for those bank employees whose work space has now become redundant?  How can they reskill themselves to once again find their place in the workplace?

A cold slap in the face from a robot

Major advances in technology and increased automation improve our lives and this cannot be denied.  In fact, in the main, they are welcomed wholeheartedly.  Yet, the other side of the coin poses another dilemma.  As sentient beings, it is not an easy task to embrace change in the face of losing a career that was assumed to provide an income for life, especially in favour of what appears as a cold slap in the face from a robot.  Over the past thirty plus years, Standard Bank has been at the forefront of technological development in its sector and in keeping pace as a bank that drives innovation and change is no different today.

While advances in technology will continue to disrupt the workplace and the rise of the machines will spark ‘the end of the world as we know it’, and while still, certain jobs in the lower echelons will be replaced by robots, the jury is still out on to exactly what extent the scope of change will amount to.

Yet, it appears that as far as Standard Bank employees are concerned, they are pretty good at their jobs.   So good in fact that they have worked themselves out of their jobs and literally handed them over to machines and now have nowhere to go.

The question now remains:  where to from here?  With the rise of the machines comes the emergence of another type of animal – the human as leader.  Here is where cross-training over into other disciplines starts to make sense.  Those bankers that now no longer have a branch to hang on to will find themselves up for reskilling in areas that need their technical knowledge operating from behind the stage of keeping the customer king.

Are you still using old tech to get things done?  Or are you still stuck somewhere in the 20th Century of things instead of turning to the Internet of Things?  The 4th Industrial Revolution, along with its disruptive technologies, is rearing its head in more ways than one – and in this new era, the only constant is change.  Click here:

Find out how ready you are for 4IR!

to take our Quiz ‘Let’s see how ready you are for 4IR’ and test your ability to embrace change!

BOTi Essential Quiz – ‘Find out how ready you are for 4IR’

Are you still using old tech to get things done?  Or are you still stuck somewhere in the 20th Century of things instead of turning to the Internet of Things?  The 4th Industrial Revolution, along with its disruptive technologies, is rearing its head in more ways than one – and in this new era, the only constant is change.  Take our Quiz ‘Let’s see how ready you are for 4IR’ and test your ability to embrace change.

You have already completed the quiz before. Hence you can not start it again.

You have to finish following quiz, to start this quiz:

Banking leaders set to be in high demand

Over the next few years, the banking sector will require strong, emotionally intelligent organizational leaders to take the helm and meet the customer needs and expectations of the future.  High on the list of roles for the future in terms of the WEF The Future of Jobs Report 2018 are occupations that require more ‘human’ skills that robots simply cannot replicate.  Banks may be shrinking their branch networks going forward, but, their head office operations are likely to absorb the fat and branch bankers will need to find a head office home and retrain themselves in areas such as:

A global ‘cashless society’ is not far off

Money takes on a whole new meaning when viewed through the lens of what is likely to be served up next.  Let’s, for example, think about what happens when we are travelling abroad and need to take funds offshore.  Back in the day when foreign exchange and negotiable instruments were still in their infant state we had a ‘traveller’s letter of credit’.  These then turned into traveller’s cheques, which were subsequently replaced by credit cards.  Now, all one needs to do to take money offshore when travelling abroad is maintain a bank account somewhere with digital access to funds.  Taken a step further, one might also speculate as to how long it will be before the global ‘cashless society’ that people have been talking about since the 1980s will finally rear its head.  And even further still, you can bet your bottom dollar that no crystal ball is needed when predicting that it’s only a matter of time before someone cashes in on creating a world central banking system controlled by a world central bank and operating from a single world currency.