This is the second in a series of articles that explore the impact of the 4th Industrial Revolution on how we are living our lives today and how we should go about earning a living in the years to come.

There are some that will say that the 4th Industrial Revolution has indeed already reared its head.  Yet, there are also those that maintain that it is still a distance away.   One way or the other, there is no point to hiding in the shadows of our former state.

For 24 years I’ve been living next door to Alice – but, are the Borg now moving in?

The 3rd Industrial Revolution has been in effect for over a quarter of a century.   But, even though Alice’s 24 years might just be up, the Borg from Star Trek may not yet be living in the house next door and your organisation may not yet have felt the cool, gentle breeze ahead of the wave of change in an age of man blending with machine.  But, according to recent research conducted by global consulting firms, the next decade will see the arrival of the 4th Industrial Revolution in full force.  Along with that a whole new species of machine-driven creatures will evolve out of the changing landscape of today’s training and development arena. 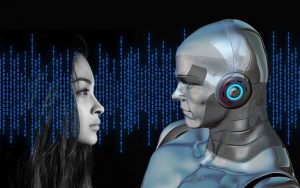 For 24 years I’ve been living next door to Alice but are the Borg now moving in?

New technologies will both disrupt and open new job avenues

In October 2018, the World Economic Forum (WEF) released their Future of Jobs 2018 report and its findings disclose the impact that new technologies will have on both disrupting and opening new job avenues and how to prepare the workforce to take on entirely different roles.  Human resources officers and strategy executives from companies across 12 industries and 20 developed and emerging economies participated in the survey.

A major finding reveals that by 2022 more than 50% of all tasks performed in the workplace will be handled by machines and algorithms.  Currently, we are hovering at the 29% level.  Yet, the upside to this is that more machines taking up residence within the workplace, could mean the creation of 133 million new jobs compared to the 75 million jobs that will be displaced by 2022.  So, before we begin to panic or even rage against the machine, let’s examine what the experts say. 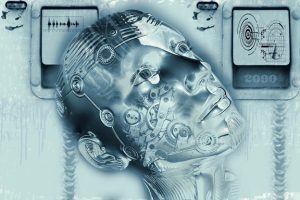 Social media and software development on the rise

While increased automation will impact the nature of work in terms of location, format, quality and whether roles are temporary or permanent, it also opens doors that invite demand for new roles to be established.  Such roles include the likes of e-commerce and social media specialists, scientists, data analysts and application and software developers.

Despite the rise of the machines, it is also anticipated that there will be an increased demand for certain other roles that do still need human skills.  Customer service experts, innovation managers and sales and marketing people are top of the list.

Those roles that will disappear into obsolescence fall under the category of white-collar jobs such as pay-roll and accounting clerks.

Companies participating in the survey revealed that the mining and metals and consumer and information technologies industries are expected to suffer more in terms of job displacement as opposed to jobs in companies that offer professional services whereas job demand is likely to be created in other industries.

It is also likely that companies will introduce working conditions that are more flexible and employ more remote staff and contract workers in a specialist task capacity.

Employees will need to be reskilled and upskilled to prepare for jobs created by the 4th Industrial Revolution.

Though it is anticipated that every industry will have skills gaps that need to be filled, the travel and tourism industry as well as the aviation industry are expected to need the greatest amount of reskilling to cope with the changes to come over the next four years.

Getting things right in the face of constant change means that everyone needs to be on board.  The role of governments in dealing with the impact of new technologies on labour markets remains critical and business and government are set to plan to create 275 000 jobs each year over the next five years.   This drive includes solutions that focus on technical skills training in the hospitality, construction and automotive industries.

Welcome to the 4th Industrial Revolution – you can check out any time you like, but you can never leave

In every day and age, embracing the changes that are to come are not always easy and there are those that will wish for the return of the ‘old days’ when simple technologies were exactly that – simple.   But, let’s try a simple experiment.  Stand still for a moment and ask yourself how you would feel if your car broke down one night while you were travelling a dark desert highway with the cool wind in your hair and up ahead in the distance you saw a shimmering light that wasn’t the rescue beacon linked to an app on your cell phone that you thought it was.   Welcome to the 4th Industrial Revolution – you can check out any time you like, but you can never leave.